On the first Saturday of every month a small group of Valley Insight sangha members drive to the New Hampshire Department of Corrections in Berlin to meet with the inmates for an afternoon of meditation practice, Dhamma reflections and discussion. 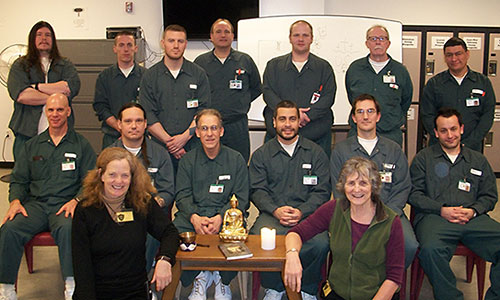 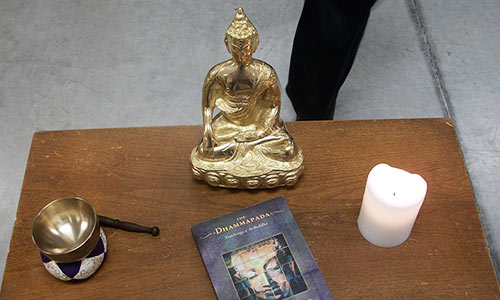 We welcome experienced meditators with a steady practice to join us. For an initial visit, you can come as a guest (application must be made with the prison and we can assist you with this process). To be a regular visitor, you must first attend the New Hampshire prison volunteer training, which consists of an afternoon of learning details of how the prison operates, etc. Being a part of the Prison Sangha can be a very personally rewarding and heart-moving experience. 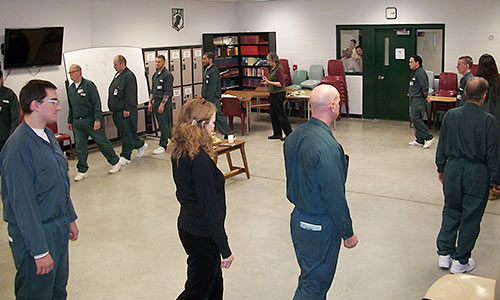 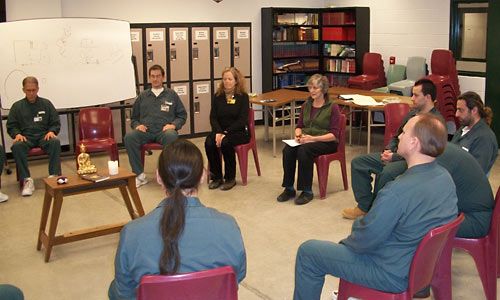 VIMS showed the movie The Dhamma Brothers, a documentary film released in 2007 about a prison meditation program at Donaldson Correctional Facility near Bessemer, Alabama. The film was followed by discussion with VIMS volunteers who go monthly to the Northern NH Correctional Facility in Berlin, NH for meditation practice and dhamma discussion with the prison inmates.

Another way of being involved is to become a letter correspondent with an inmate. A number of our sangha members keep in touch with inmates via letter writing and, again, this is a wonderful way to put generosity and compassion into practice. For more information, please contact Valley Insight.

NOTE regarding the photos:

As many of you know, Valley Insight has been supporting a monthly three hour sitting/study group at the NH State Correctional Facility in Berlin since 2003. The size of the group in any month varies as does the size of our more local sitting groups – with between 8 and 15 men each month. A few of the men in the group have been participating regularly almost since the beginning while some men are newer to the group and some more sporadic in attendance.

We received permission to photograph the group in the prison chapel, the room where we usually practice. Just as for most prison happenings, we were not given much advance notice that our request from several months before was being granted this past February. Many, though not all, of our regular attenders were present. Long-term volunteer Barbara Woodard happened to not be there; nor was our newer volunteer Sara Goodman. Landon Hall and Doreen Schweizer are in some of the photos.

The intention in taking and sharing these photos is to help establish a felt-sense of connection between the people in our Berlin sangha and the larger Valley Insight community. We have been personalizing this connection in recent months though having local sangha members sending Buddha-image notecards to individuals in the Berlin group in an effort to acknowledge and actualize our shared journey towards freedom.

Recently, during our time with the men, we reflected on the roots of the word “conspiracy” as being “to breathe together,” and laughed as we considered ourselves as a practice group conspiring towards freedom in the heart of the Berlin prison.

We also reflected on the Dhammapada verse:

“As an elephant
Resolutely drags itself from the swamp,
Uplift yourself with the inspiration
Of cultivated attention.”

It can be hard to remember mindfulness and compassion in the midst of our daily life. May the men in these photos, so restricted and challenged in their daily life options, remind and inspire us in our practice and in the habit of mindfulness.