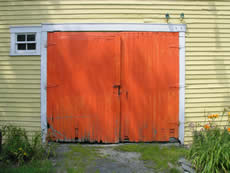 This group is open to experienced meditators and is not suitable for new beginners. We focus on teachings from Early Buddhism. The current format is guided meditations followed by discussion. Please contact Doreen at doreen.schweizer@icloud.com before attending for the first time. This sit is offered on a donation basis.

The weekly Thursday group has concluded its study of the Hindrances in the format suggested by Gil Fronsdal’s study material, and we are now looking at the appearance of these same subjective emotional patterns along with other distractions in our formal meditation practice. We are exploring methods suggested in the early Buddhist texts for working with them – using, especially, the meditation techniques presented in the Full Awareness Breathing teachings. This group is open to experienced meditators on a drop-in or continuing basis. The format is a guided meditation led by Doreen Schweizer, Valley Insight’s senior teacher, followed by small group discussions.

There is a monthly Dharma book study group from 12:30–2:00 p.m. on the fourth Thursday of the month from 12:30 to 2:00 p.m. Currently, we are working with Older and Wiser, a wonderful book on aging, illness, and death by Gloria Taraniya Ambrosia, Andrew Olendzki, and Mu Soeng. A simple lunch is available. Please contact Doreen (above) for more information before attending.

***********************************************
From the fall ’16 through spring, ’17, all 3 sits investigated the foundational Dharma teachings called The Eightfold Path, the fourth of the Four Noble Truths.  Much of the material we used was from dharma teacher Gil Fronsdal’s excellent online program on this topic.  Doreen will lead 4 weeks focusing on Restlessness & Worry starting Dec 21. The Five Hindrances webpage has all of Gil’s R & W Reflections and Practices, as well as excerpts from his book chapter.

Between April through July, the Thursday group moved from its study of the 4 Foundations of Mindfulness and the early Buddhist teachings on Compassion and Emptiness into an investigation of the 4 Noble Truths, which can be seen as an extension of the mindfulness teachings and as an expression of compassion. Two books that we used as resources were Ajahn Sumedho’s The Four Noble Truths  (a short book available as a pdf here The Four Noble Truths – Ajahn Sumedho) and Phillip Moffit’s Dancing With Life, a very accessible exposition, which uses Vn. Sumedho’s book as a starting point.

Spring, 2016 had a course of study loosely titled CULTIVATING A SOFT JOY THROUGH PRACTICE AND REFLECTION, in which we explored the Venerable Analayo’s approach to the Satipatthana Sutta and the Brahma Viharas (metta/compassion, joy and equanimity). Doreen has been greatly inspired by a recent retreat with this teacher and the group expressed an interest to know more. Some of us read V. Analayo’s book Compassion and Emptiness in Early Buddhist Meditation. Prior to this, Doreen taught from V. Analayo’s book Perspectives on Satipatthana.

We have finished Joanna Macy’s World as Lover, World as Self.  Ms. Macy is a leader in environmental activism.  Her sense of purpose and inspiration is sustained by the primary Buddhist concept of dependent origination. “We have to learn to look at things as they are, painful and overwhelming as that may be, for no healing can begin until we are fully present to our world, until we learn to sustain the gaze.” Joanna Macy
You can find a review on Tricycle here.

During the spring and summer 2014,  the Monday, Wednesday, and Thursday weekly meditation groups read  Parami Ways to Cross Life’s Floods. An electronic version is available at no cost through the web site listed below. Hard copies of the book are not for sale.

From the website: “Parami – ‘perfections,’ or transcendent virtues – are daily life practices that give the mind a firm ground in Dhamma. Comprising simple qualities like patience, generosity and truthfulness, they can be skilfully applied to the ‘flash-points’ in the day in order to steer the mind out of samsaric currents and on towards peace, clarity and nibbana.”

Stay informed of events and more with our monthly newsletter.